Group is stranger than usual today. Pedro has disappeared, presumably back to Cottage C to await the return of the Blessed Virgin. Scotty is long gone. If Jonah is right about the average length of a stay on Detox then he and Scott D. are leaving soon, and if they are leaving then it can’t be too much longer for me.

I know Jonah and I are both primarily opiate addicts and we are on the same Detox meds, so it makes sense that we should be getting out at the same time. I’m just getting used to the forced intimacy with other people, getting attached to them, opening up to them, and suddenly they vanish like the Man in Black, never to be seen again.

Jessica’s lecture is about the “therapeutic model.” She indicates a drawing on the whiteboard that looks like an inverted house of blocks, with larger and larger blocks on top of each other.

“You guys are on Detox.” Her marker squeaks against the board’s bottom layer. “This is the shortest treatment but the most intensive.” My x-ray vision descries her sideboob jiggle with every stroke of the marker. “After Detox most of you will go ‘up the hill,’ which is also known as the Residential Recovery Program.”

Every phase of treatment is longer and thus more terrifying than the last. I’m confident that I won’t have to stay longer than Detox. Like depressed Cassie, I have people on the outside who need me, and I have work to do. I won’t be staying, that’s the one thing I know for sure.

Jessica pauses at the end of Group time, right after we link arms and do the Serenity Prayer and the Just-For-Today pat on the back.

“Chris J, I need to see you.” All the women turn to stare at me with murder in their eyes.

“You have a meeting scheduled today with your wife.”

“I do?” I haven’t seen my wife since last Thursday, before I was strip-searched and led away by the most stylish zombie wrangler this side of the apocalypse.

Jessica sits down next to me as the other zombies file out, a few of the women giving me withering, hate-filled looks on their way out the door.

“Wednesday is visiting day,” she says, edging closer to me as if we were at the end of a good first date. For the first time I notice the little wrinkles around her eyes, hairline cracks in the superstructure of her beauty.

“A lot of patients have family coming, but I need to meet with you and your wife about your discharge. Is it okay with you if I bring my intern?”

Discharge! Woohoo!! Listen my hot little Auburn alumnus in a see-through blouse, I don’t care if you bring Charles Manson, at least I’m getting the fuck out of here.

The meeting isn’t until 3, and I’m very sober. Disgustingly sober. Dangerously sober. After I get my afternoon meds I spit them in with the rest of my stash, but then I start to worry. What will happen if I lose this book? I can’t carry it around with me everywhere. But if I set it down some other junkie might find it (we tend to have a sixth sense about where to find drugs). I find a foil gum wrapper in the trash and carefully fold the four mushy Suboxone pills inside and stick it in my pocket. As usual the topic of conversation at lunch is when we are getting out. Once it’s clear you didn’t just get here, the inevitable concern is when you are getting out and how you negotiated your release without actually asking to leave.

“My doctor says I’m fine,” says Scott D in his glum monotone. “So I said great, when can I go? And he says, well, that depends on how soon you get better. And I’m like, I thought you said I was fine. So he’s like, yeah, but you have to stay fine. This place is crazy. How do I get better than fine?” Scott D has the reserved manners of the heartland, as if he had just stepped out of a Gary Cooper movie. Over coffee in Group and lunch of soggy meats and vegetables, I filled in the blanks of his story. He’s a professional mountain biker who has a sponsorship and a job waiting for him in San Diego. It’s his dream job. But before he could leave he went on a vacation with his parents who are two whacked-out psychologists. He got drunk and fell down some stairs and his parents decided to diagnose him as bipolar and alcoholic and force-fed him Klonopins to the point where he was nearly comatose when they dragged him into the Access Center. When he woke up he was locked in C2 with rest of us.

Jonah is working on his second dessert, a square shingle of chocolate cake with whipped cream icing.

“I talked to Jessica today—” he says.

“The ladies hate her,” I blurt out.

“You know how daddy likes it,” he replies, winking at her as she turns to go back to the women’s table before they band together and kill her.

“It’s all about confidence man,” Jonah says, leaning back with his coffee and surveying the remnants of his demolished deserts. “Anyway. I’m going up the hill.”

“Oh come on, you’re staying?” It feels like a betrayal. I figured he’d be the first one out of here.

He gives Lindsey a glance over his shoulder, then sits the coffee down and leans in on the table, “And if you want to know the truth, neither are you, Junkie Face.”

I would like to say that his words make me think, that they shock me into reflecting on my own situation, but that isn’t true. It’s because of who he is, because he laughs and swaggers and dances and overflows with life that I’m shocked. After all the goofing around and making fun of this place, the strongest guy in here is saying he needs to stay? How can that be?

Jonah stares over my shoulder, suddenly quiet. He holds his coffee close to his mouth but doesn’t drink. He looks troubled by something, like he’s made the worst decision of his life. I don’t know what to say so I just stare at the girls’ table, at Lindsey stealing glances at us and laughing with the others like we’re in the high school lunchroom instead of being locked in a mental hospital, in some story we don’t fully understand but know will define and direct the course of the rest of our lives.

After lunch I start pacing again, but this time when I get to the nurse’s station I see Cassie sitting on the nurse’s bench next to a silver suitcase that looks like a giant clamshell on wheels. Her arm is resting on a purse, and she’s clutching a clear plastic bag full of shitty hospital issued toiletries. She’s frowning and leaning back against the wall with her eyes closed again. I sit down next to her and sip my coffee, hoping somehow the leaving-magic will rub off on me and I can go too. Cassie glances at me and leans back again with her eyes closed like she’s lost in a terrible ecstasy.

“Are you excited to go home, Cassie?” I ask. “I’m sure your family is missing you.” She doesn’t answer. My voice is still so weak, like a cricket squeaking, I wonder if she even hears me. Cassie takes a deep breath, leans forward on her elbows. Without opening her eyes, and like it’s the only true thing in the universe, she says: “I want to drink.”
I don’t know what to say. I’m not an addiction counselor, I’m an addict.

“Cassie. No…please…” I’m trying to summon some magic words. “You can’t. You just. You can’t.” Not exactly the wisdom of Socrates but it’s all I know to say.

“I thought this was rehab, and you’ve been here longer than I have.” I’m starting to worry about my own prospects for release.

“No, this is Detox. Rehab is that building on the other side.” She cracks her eyes and gestures back toward the window. “You have to live there for at least a month. I can’t. I just can’t do that.”

A month? I don’t blame her. I can barely get from one hour to the next. A month. Fuck that shit. But I’m worried about Cassie. Underneath her depressed affect I sense there lurks a genuinely good person. She’s been caring and vulnerable in Group. And I can tell from her dull orange New Balance shoes and blue momsocks (with little snowmen on them even though it’s April) she is a good mother to her teenage daughter, a loyal wife, and has an undisclosed marijuana habit besides her alcoholism. I’m also pretty sure if she drinks again, like Emilio F. and the Nutty Professor, she will die.

“Cassie, please, you can’t go then. Just stay here. It probably won’t be that bad.” I’m lying through my teeth but I’ll say anything to keep her from going home and drinking. She’s not listening though. She’s gone again, to that place behind her eyelids. Nana appears with some papers in one hand and the big keyring in the other. Cassie stands up and starts to walk with her.

“Goodbye, Chris,” she says without looking back. She follows Nana like a blind girl. I want to stop her. I want to hug her, tell her it will be okay. I’m craving those magic words like I used to crave drugs, words powerful enough to keep her from drinking, to keep her here.

But all I can say is goodbye.

Stay tuned for Part 2 of Chris’ memoir on Talking Soup

Chris Jansen is a recovering heroin addict. He lives in Athens, Georgia, where he teaches boxing and cares for a disinterested guinea pig named Poozybear. This is an excerpt from We Can Be Heroes, his memoir of recovery. 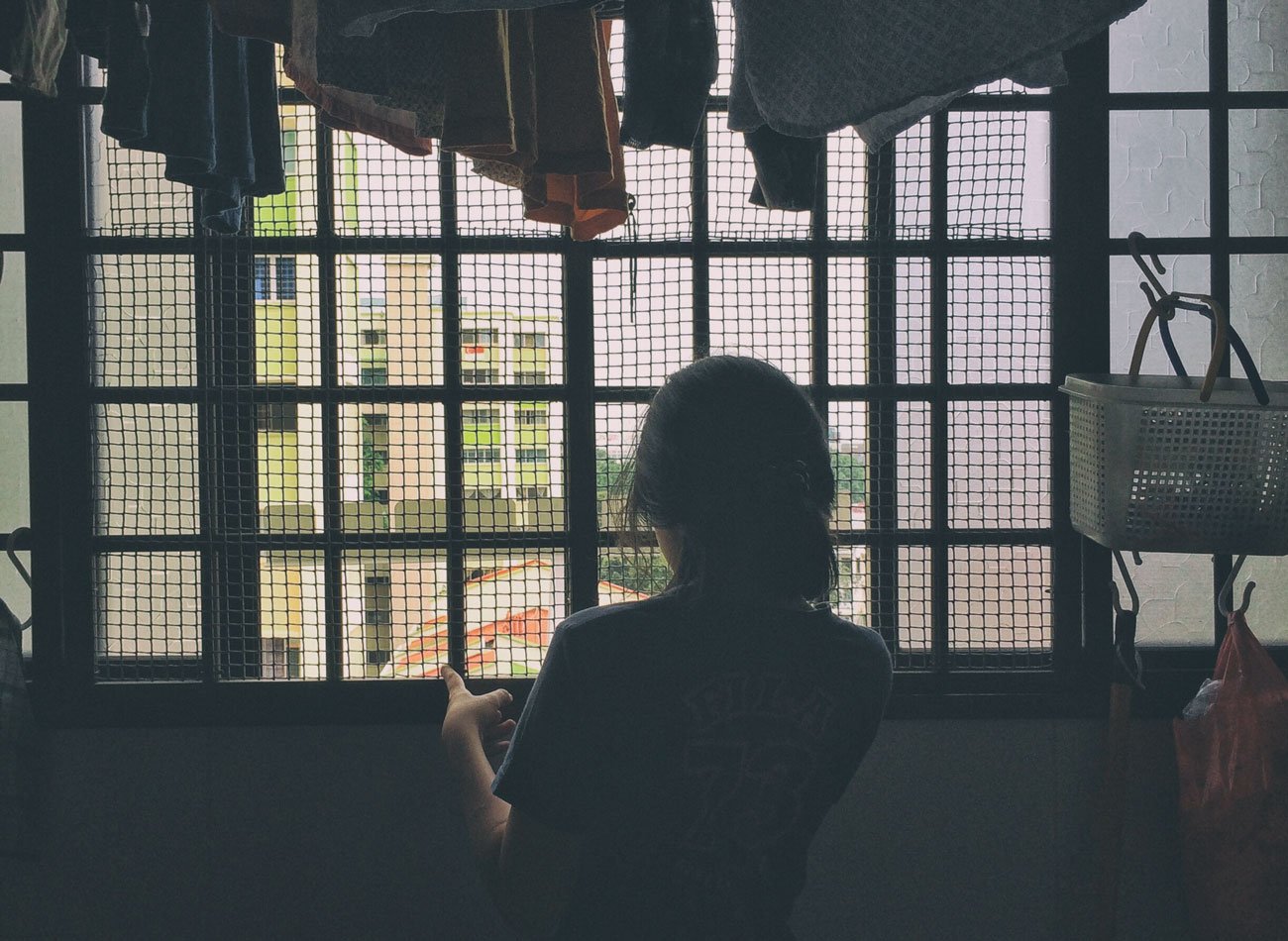 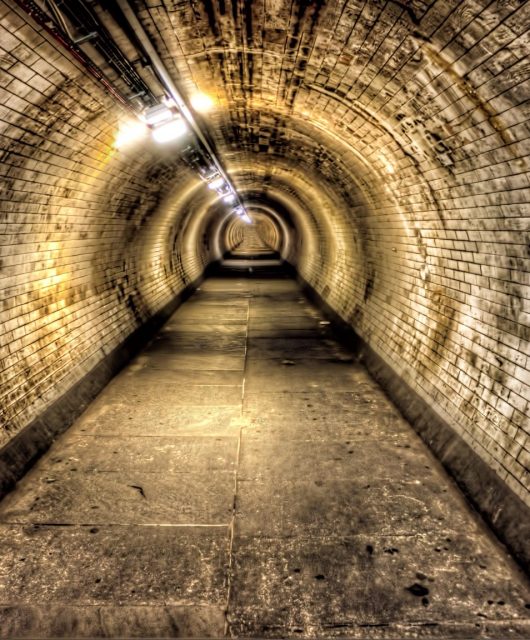 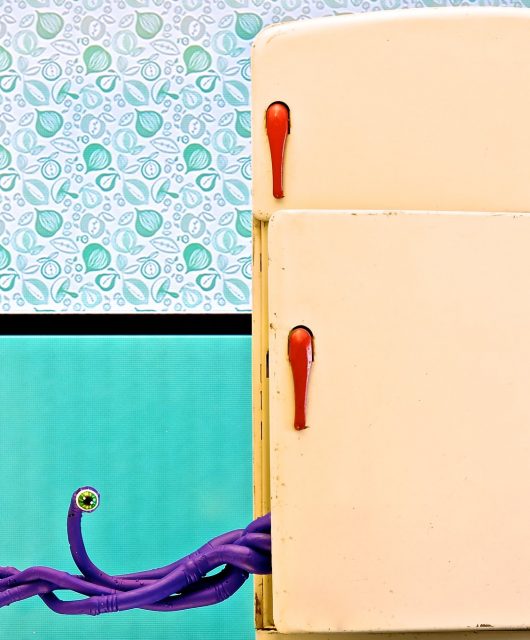 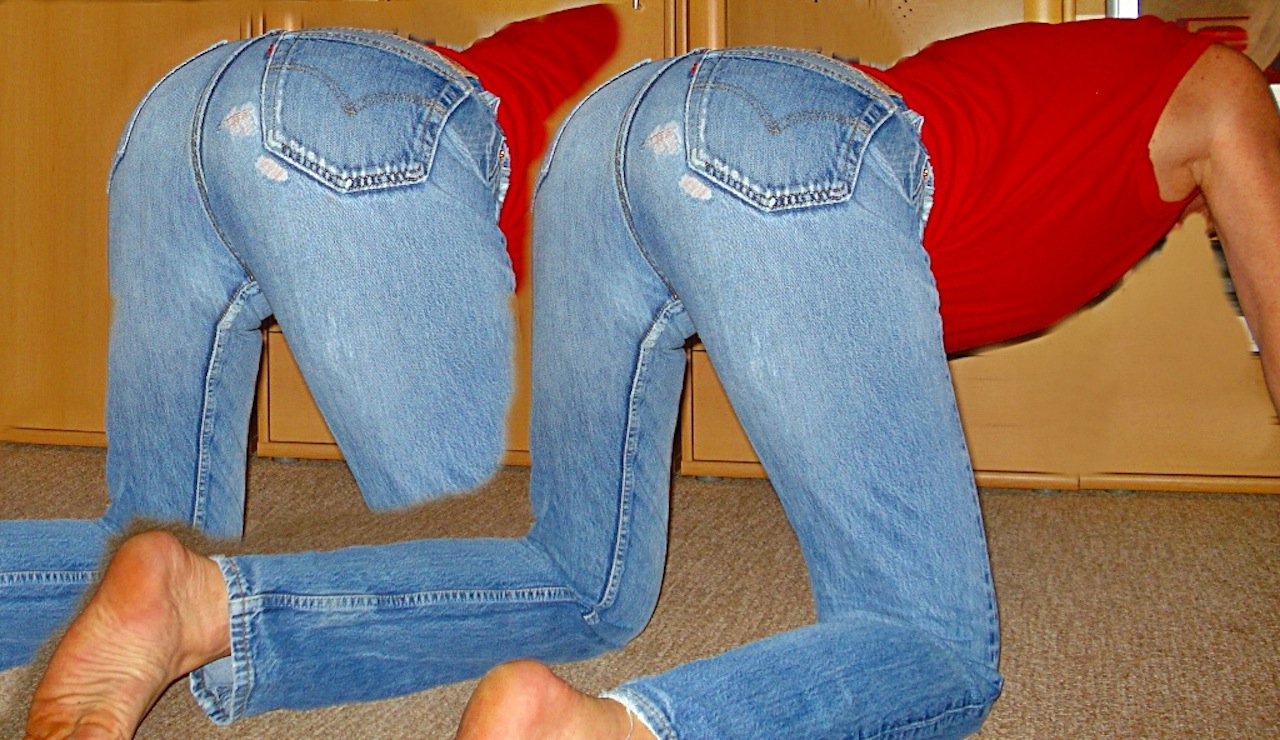 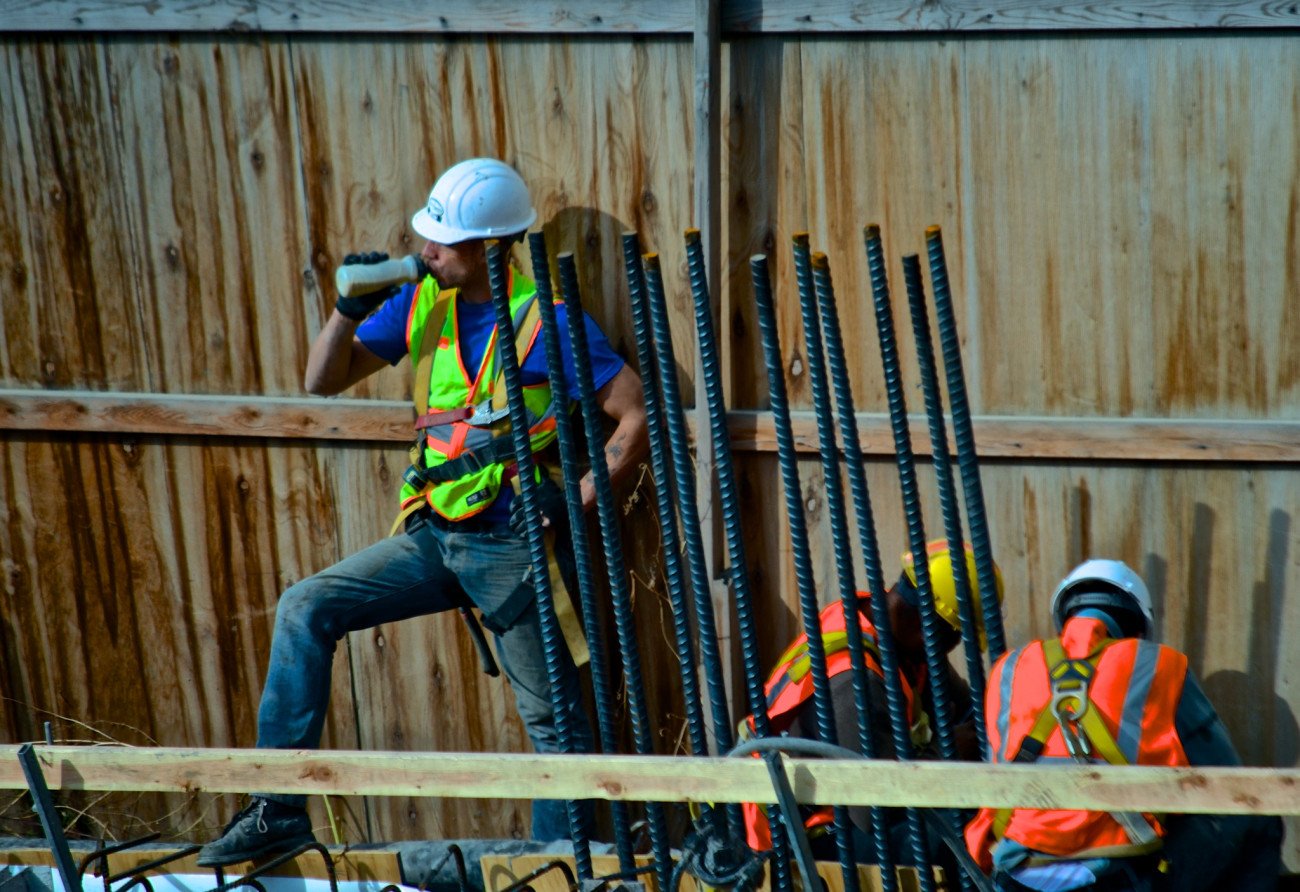